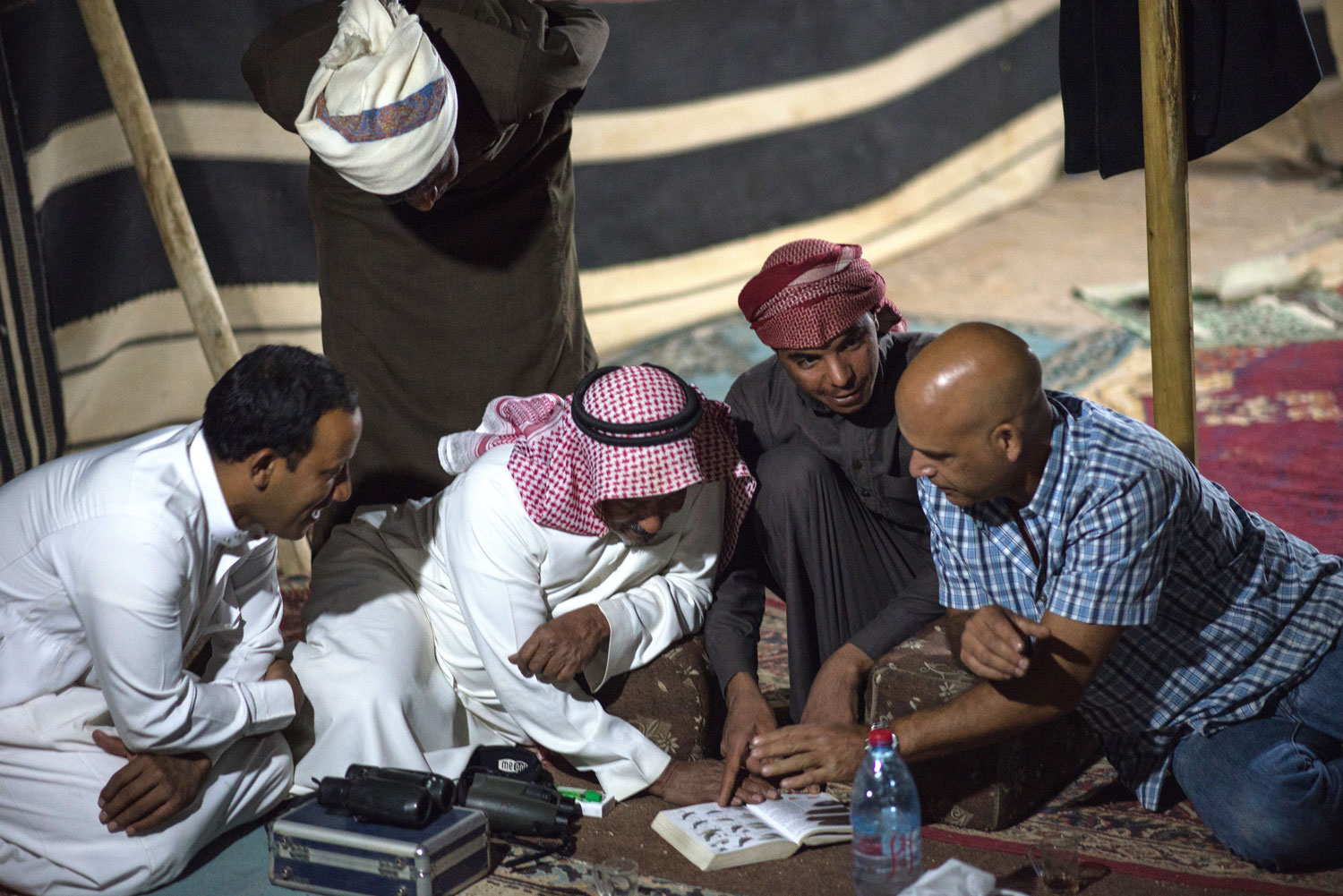 People and Birds in the Southern Levant: Ecological, Economic, and Symbolic Relationships during the Early Neolithic

In this interdisciplinary project, specialists in archeology, zoo-archeology and zoology from U.K. (University of Reading & Natural History Museum at Tring), USA, Germany (University of Kiel) and Jordan (Jordan BirdWatch, American University of Madaba) are exploring the relationship between birds and people within the earliest sedentary communities of the southern Levant, those of the Pre-Pottery Neolithic.

A further component is about current and traditional relationships between birds and people.

It also includes a study of the ecological and socio-economic settings and consequences of falcon trapping in Jordan that increased after the 1950s with a rising demand for falcons in the Gulf region. The project will have impact by supporting on-going projects regarding bird conservation within the region and bird-watching as a key tourist industry, especially within economically impoverished areas of Jordan.

The project started in 2017 and is expected to end in 2019 For more information visit the web site: “People and Birds in the Southern Levant” .

The book also presents the results of archaeological excavations at a 12,000–10,000 year old Neolithic settlement in Wadi Faynan, which have shown that there were once even more species of birds in Faynan than today. The climate was apparently more humid and much more trees were growing on the mountain slopes, 10,000 years ago.

A Birdwatcher’s guide to Madaba

This guide was published in 2017 by JBW with support by the German International Cooperation Agency (GIZ) / Ecosystem Services project.

It is intended for visitors from Jordan and abroad who take pleasure in watching birds and other wildlife.

It describes a selection of 15 of the most productive and easily accessible sites, representing different bird habitats in the extended Madaba region.

The guide provides visitors the opportunity to select the most suitable combination of sites that can be visited in periods ranging from one to three days. This guide can be ordered as a soft- or hard copy from JBW

As part of the monitoring program, JBW carried out the first national survey of two rare species with a restricted distribution, the Nubian Nightjar and Arabian Warbler, in the southern Rift Valley / Wadi Araba during March – June 2018.

Both species were found to be confined to a few areas with suitable habitat of Tamarix and Acacia respectively. We noted a considerable decline in Arabian Warblers due to disturbance, overgrazing by camels and the loss of suitable Acacia habitats to intensive, unsustainable agricultural developments. Further national surveys have begun and are being continued on other rare birds, and species that have a restricted and poorly known breeding distribution in Jordan.

The Improvement of Green Infrastructure in Jordan through Labor – Intensive Measures project, carried out by the German International Cooperation Agency (GIZ), aims at improving spaces that generally have unique natural, cultural, or historical values, and focuses on sensitive spaces as target areas that are in need of improvement, restoration, or rehabilitation.

Within this context the restoration of Wadi Gharaba, which was designated as a Special Conservation Area (SCA) by the Ministry of Environment (MoEnv), is supported according to the management plan prepared by Jordan BirdWatch.

The project, implemented by JBW in partnership with GIZ and the Danish Refugee Commission, will lead to restoration of the wetland habitat comprising of a perennial stream, locally with marsh-like vegetation and Tamarix thickets that used to support significant populations of Dead Sea Sparrow, Blue-cheeked Bee-eaters, Clamorous Reed Warblers and other breeding birds restricted to the Jordan Valley.

Most of the Jordan Valley has been converted to agricultural land where natural water flow has dramatically diminished in recent decades due to high demands for water and building dams in the upper reaches of the River Jordan tributaries.

JBW initiated a project, which is supported by the SGP (Global Environmental Facility, Small Grants Programme), and tackles root causes with a participatory approach that ensures the integration of local communities and stakeholders at all levels of decision-making; this is in accordance with the goals of the ICCA consortium (“Territories for life”, ICCA Consortium ), the Convention of Biological Diversity and Sustainable Development Goals.

Activities will start in October 2019 and continue in 2020, and include capacity building, publications and events for raising awareness, finding solutions to overgrazing and invasive species, and promoting Wadi Gharaba (A special conservation area) as a national destination for nature-based tourism and birdwatchers, with special focus on research, education and awareness.