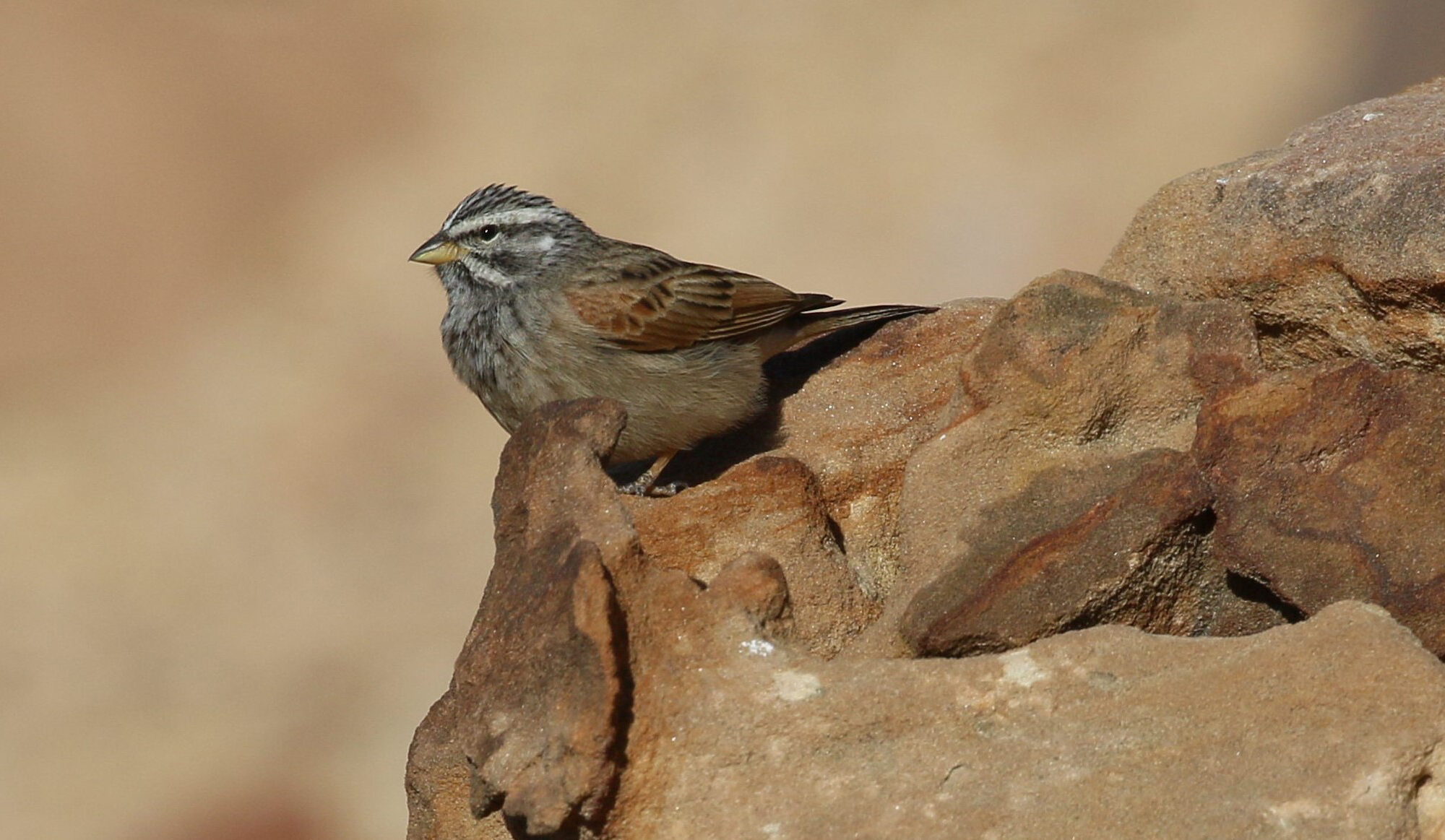 We are having our annual general assembly meeting on the 6th of February 2021, from 3 to 5 pm.

Due to sanitary restrictions we cannot receive more than 12 JBW members in JBW’s meeting-room, we appologize and hope for your understanding. JBW members from abroad or who live outside Amman, or can’t participate for any reason, can attend online.

Jordan BirdWatch is frequently contacted during the breeding season of birds, to collect and deal with chicks, often fully grown but still not able to fly properly. In one case, a Jackdaw chick was being kept on the roof of a house by people who took the chick from children playing near their home. The chick probably fell from its nest while attempting its first flight. JBW advised to immediately return the chick to the nesting site and place it on a higher place, safe from ground-dwelling predators.

In another case the chick of a Long-eared Owl was found grounded in a garden in Al-Weibdah in Amman, probably after attempting to leave the nest. The habitants contacted JBW and kept it in a safe place for a day or two. JBW personnel then placed the seemingly healthy bird on the branch of a tall tree. It was evident that the nest was located nearby and the parents were present and still feeding the chick after it left the nest. The young owl was spotted in the days following its rescue, perching on the branches of the trees in the same garden.

“Unfortunately, most “grounded” Owls, Birds of Prey and other birds are mistakenly deemed orphaned – they’re actually just in the process of testing their wings. Many young birds disperse from their nests long before they can fly – this prevents overcrowding in the nest as the chicks grow. This is nature’s way of helping to minimise any threat to the entire clutch from predators. Many young birds lose their footing during these first explorations and fall to the ground”. A grounded chick may look lost and vulnerable, but the parents are likely to know where it is and will continue to feed it. Owl chicks can climb up bushes and trees to stay safe https://www.owlpages.com/owls/articles.php?a=81.

The risks and advices

Healthy owl chicks that would still have a chance to survive in the wild are often taken to local conservation or animal welfare societies or facilities in Jordan with the good intension of “saving its life”. In some cases people take things into their own hand and attempt to feed and care for the bird themselves, then give up after the bird becomes a “nuisance”, or so weakened it would be difficult to save. It is usually impossible for non-specialists to determine the age and physical condition of a chick, and thus its chances to survive in the wild; in many cases the chicks are deemed “orphaned” or even injured because they still are not able to fly well. That is why we advise calling JBW to get appropriate advice and assistance and before taking the birds into what often turns out to be a life-long captivity. Evidently, some of the birds brought to these facilities are kept in captivity indefinitely and are sometimes used as additional attraction for visitors.

Some of the owl species are still threatened or rare in Jordan (see our Bird list), due to habitat destruction, disturbances at nesting sites, persecution and deliberate collection of owls from the wild and offering them for sale on social media platforms. Eleven species of owls have been recorded in Jordan including nine that breed in the country, one of which became extinct a few decades ago. Although considered by some Jordanians as “bad luck”, these magnificent birds provide humans with a lot of “services” when in the wild and thus deserve more appreciation and protection in Jordan. 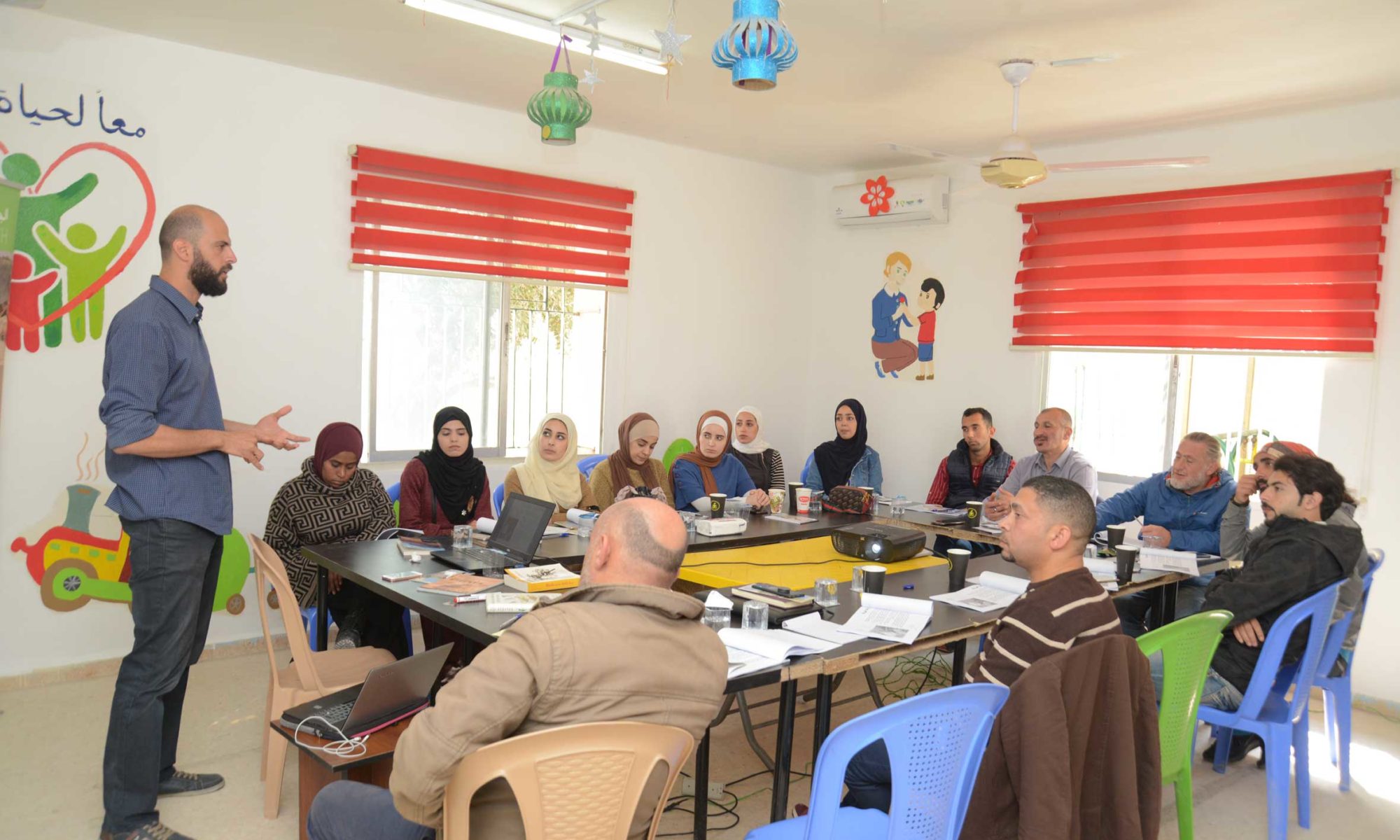 Most participants belonged to the local communities at and around south Shuna.

The special conservation area of “Wadi Gharaba” was visited as part of this training. The wetland habitat in the wadi, managed by Jordan BirdWatch along with local stakeholders, is to be used for educational purposes and bird-watching. 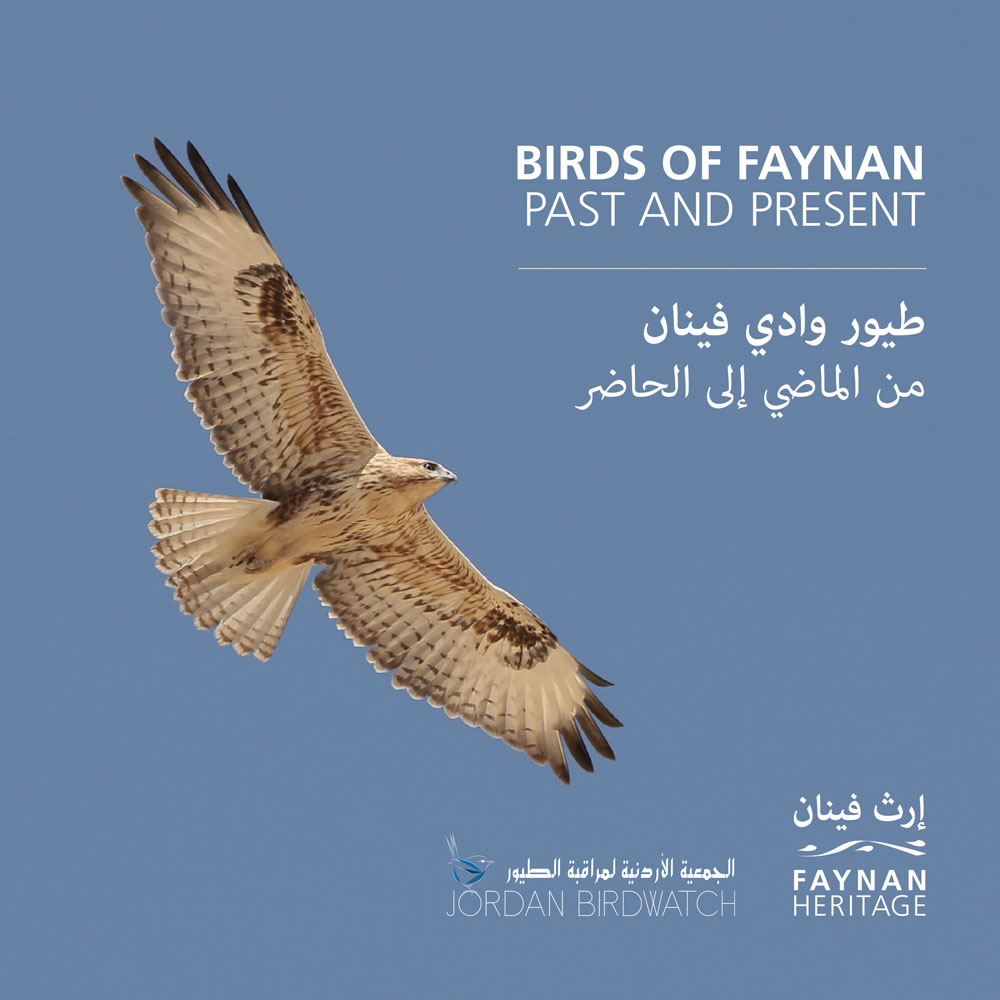 Birds of Faynan, Past and Present

The book also presents the results of archaeological excavations at a 12,000–10,000 year old Neolithic settlement in Wadi Faynan, which have shown that there were once even more species of birds in Faynan than today. The climate was apparently more humid and much more trees were growing on the mountain slopes 10,000 years ago. 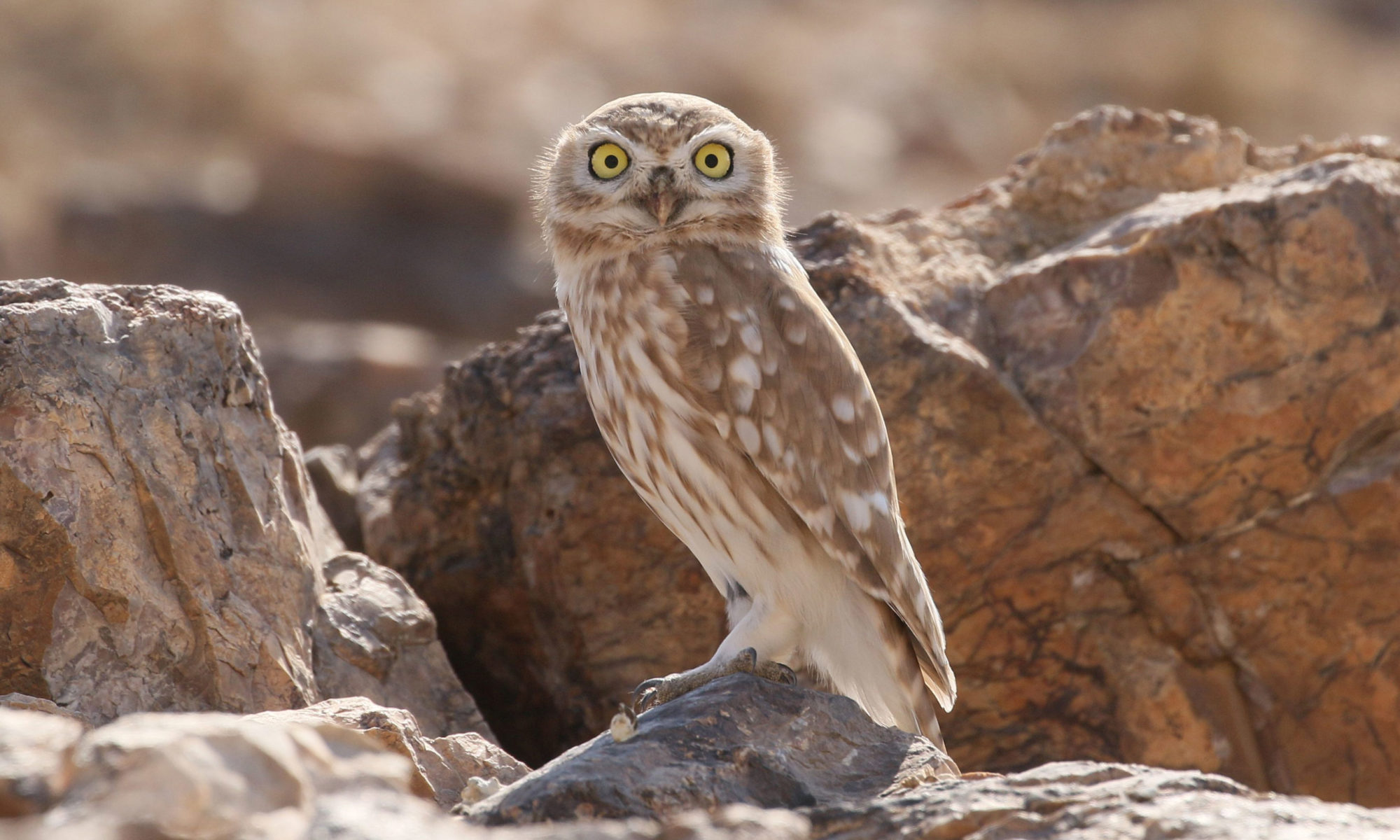 Jordan BirdWatch Association is holding its annual meeting on the 8th of february 2020.

The event will start with the General Assembly for all members from 15:00 to 16:00 hours and will be followed by presentations and discussions.

All those interested are welcome to attend and to participate !

JBW’s annual meeting will take place in the hall of the JORDANIAN TOUR GUIDE ASSOCIATION at the following adresse : Al-Fayha’a Street, Shmeisani 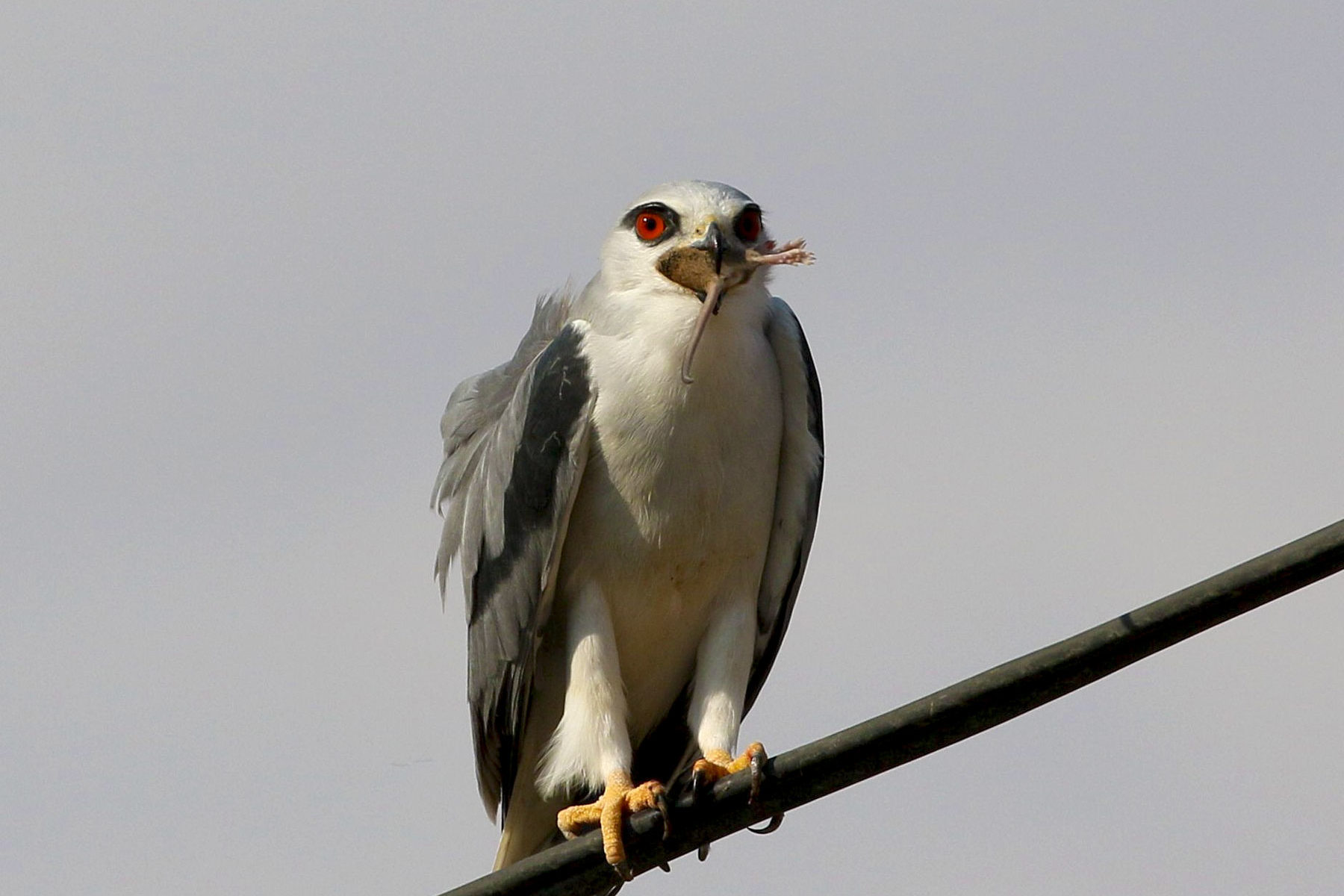 Solid waste is one of the main and ever-growing environmental issues in the Jordan Valley, others being depletion of water sources, overgrazing of native vegetation, invasion of alien shrub species and unregulated hunting.

JBW is carrying out projects in one site to tackle the root causes for such local problems and present a model of best practices and for integrated management of ecosystems and natural resources in the Jordan Valley area.

Moreover, JBW organizes birding trips to spread awareness and to monitor birds and their habitats.

In this context, Jordan BirdWatch together with Ahl El-Balad initiative carried out a clean-up event in Wadi Gharaba Special Conservation Area, which is located in Ghor Rama north of the Dead Sea on Saturday 7th December 2019. Large amounts of waste were collected, including mainly plastic water bottles and cans. 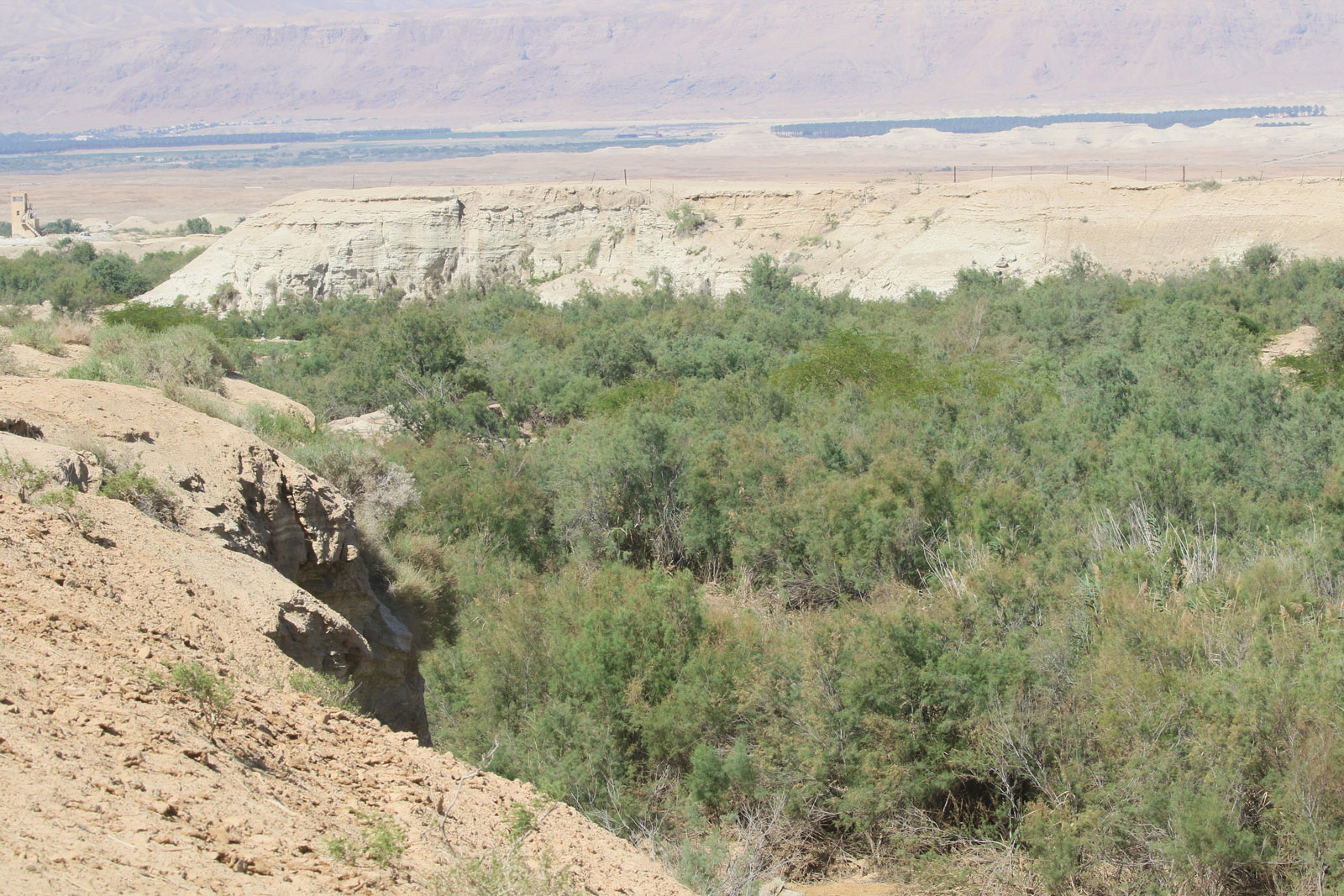 … are carrying out a clean-up event in Wadi Gharaba Special Conservation Area, which is located in Ghor Rama north of the Dead Sea on Saturday 7th December 2019.

Everyone is welcome to participate. There will also be a birdwatching event in the early morning.

There will be two groups:

For more information on the Wadi Gharaba site and Jordan BirdWatch go to our post Special Conservation Area. 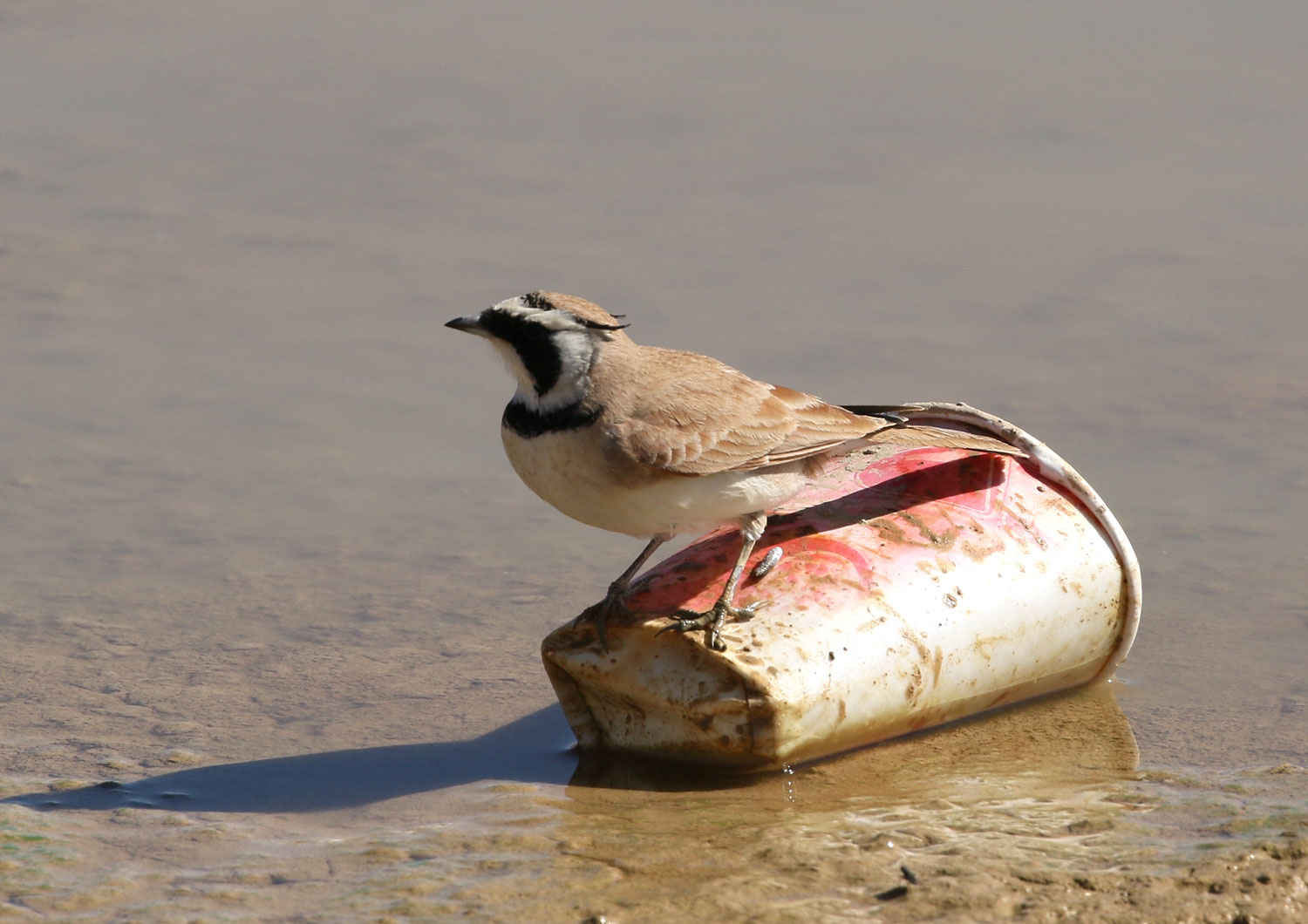 This year’s theme was “Zero Waste in 2022”. The main objective was to involve students in taking actions towards achieving a better and greener world.

Jordan BirdWatch presented books and bird-watching tools, and had lively discussions with students about bird diversity in Jordan, and the negative impacts of solid waste pollution on birds and the eco-tourism sector in Jordan.